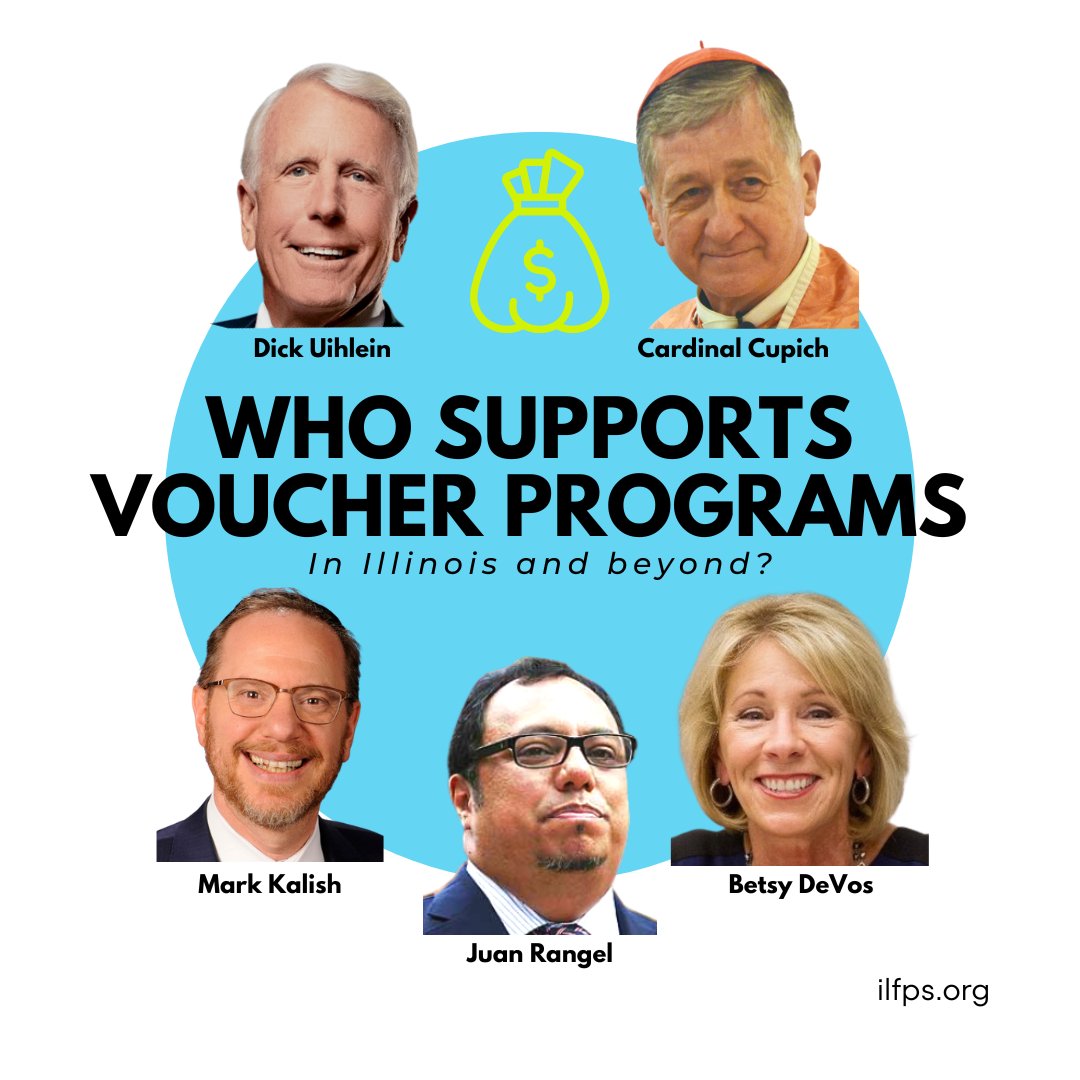 Voucher programs around the country—whether in the form of traditional vouchers, education savings accounts (ESAs),or tax credit scholarships—are supported by well funded and organized groups. These include: Americans for Prosperity (the Koch brothers’ 501c4), the American Legislative Education Council (ALEC), the American Federation for Children (Betsy DeVos’ 501c4), Moms for Liberty and the Heritage Foundation, among others.

What do these organizations have in common? They work openly to discredit public schools and push a privatization agenda, using the slogans of school choice, education freedom and parent rights.

Are these groups in Illinois? 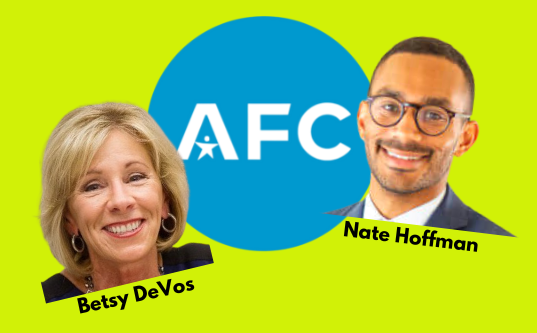 Hoffman previously worked for Empower Illinois, the largest Invest in Kids scholarship granting organization (SGO), i.e. an organizational middleman for voucher distribution; and ExcelinEd, Jeb Bush’s ed privatization think tank. He is a board member of Foundation Against Intolerance and Racism (FAIR), an national organization founded by Megyn Kelly that has been active locally in Evanston IL to oppose diversity, equity and inclusion efforts.

Moms for Liberty lists four chapters in Illinois, and two of their chapter leaders are also leaders of Awake IL (DuPage County, Cook County.) Both of these  groups have actively worked against covid mitigation measures in schools, comprehensive sex education, social-emotional learning, as well as teaching about race and honest history. They have promoted book bans at schools and libraries, for material on topics like LGBTQ+ individuals,and race.

Awake IL’s parental bill of rights calls for allowing parents to “take their children’s taxpayer-funded education dollars to the education providers of their choosing whether public or private,” and the document links that phrase to the Education Freedom Pledge of the American Federation of Children, a pledge signed by a single Illinois lawmaker thus far. They extol their support for “education freedom” on social media, and one of their board members runs a chain of private schools that Awake promotes on their website, along with other new private schools.

Betsy DeVos headlined the Moms for Liberty conference in July 2022, which featured a session on “education freedom,” aka an even broader set of ways to funnel public dollars to private education schemes.

What other organizations support Invest in Kids in Illinois?

There are two scholarship granting organizations (SGO) connected to the Archdiocese, the Big Shoulders Fund and Empower Illinois. Empower IL, the state's largest SGO, was formed in 2012, originally called Freedom to Learn IL and then One Chance IL. Empower was key in drafting and passing the Invest in Kids Act in 2017. Dan Proft was an original board member of Freedom to Learn. Juan Rangel, known for his role in multiple scandals connected to the UNO Charter chain in Chicago, is on the staff of Empower. 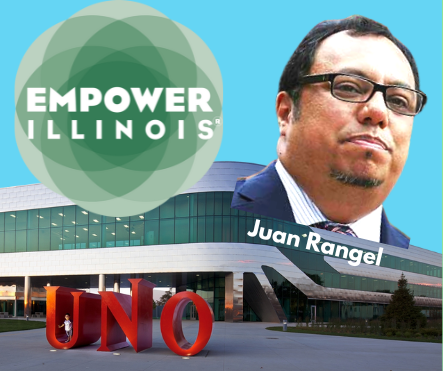 Scholarship granting organizations can use up to 5% of their contributions for operating costs, including lobbying, which would be ~$4.8M for Empower and $1.2M for Big Shoulders in 2021-2022.

Another active group lobbying for Invest in Kids is Agudath Israel of Illinois, sending busloads of voucher supporters to Springfield at a time. Vouchers are a national policy priority for Agudath Israel. Agudath of IL’s primary SGO partner on Invest in Kids is Empower IL; one of their executive committee members, is on the Empower board of directors and the board of several schools accepting vouchers. Agudath went as far as setting up a warehouse in 2018 with hundreds of computers and fiber optic lines to get students’ applications to Invest in Kids completed.

What does all this mean for citizens concerned about public funds supporting private schools?

Here’s a question to ask your state representative and state senator:

Why would a legislator who considers themselves pro-public education support a program that sends public tax dollars to private religious schools, and thereby align themselves with  groups affiliated with Betsy DeVos, the Koch Brothers and other conservative organizations who support policies to dismantle public education that they reject?

Public dollars should be used to support public schools which open their doors to all kids without discriminating on the basis of religion, disability status, sexual orientation, gender identity. Public education and public schools are a public good that benefits everyone.

More information about the Invest in Kids voucher program, why it needs to end, and what you can do to make that happen at: ilfps.org/sunsetinvestILvouchers