With a successful House floor vote of 69-39 on Friday afternoon, SB 3986 the #TooYoungToTest bill has now passed both chambers of the IL General Assembly. Next stop the Governor's desk! Check the roll call and give your state rep a thank you call for voting YES! 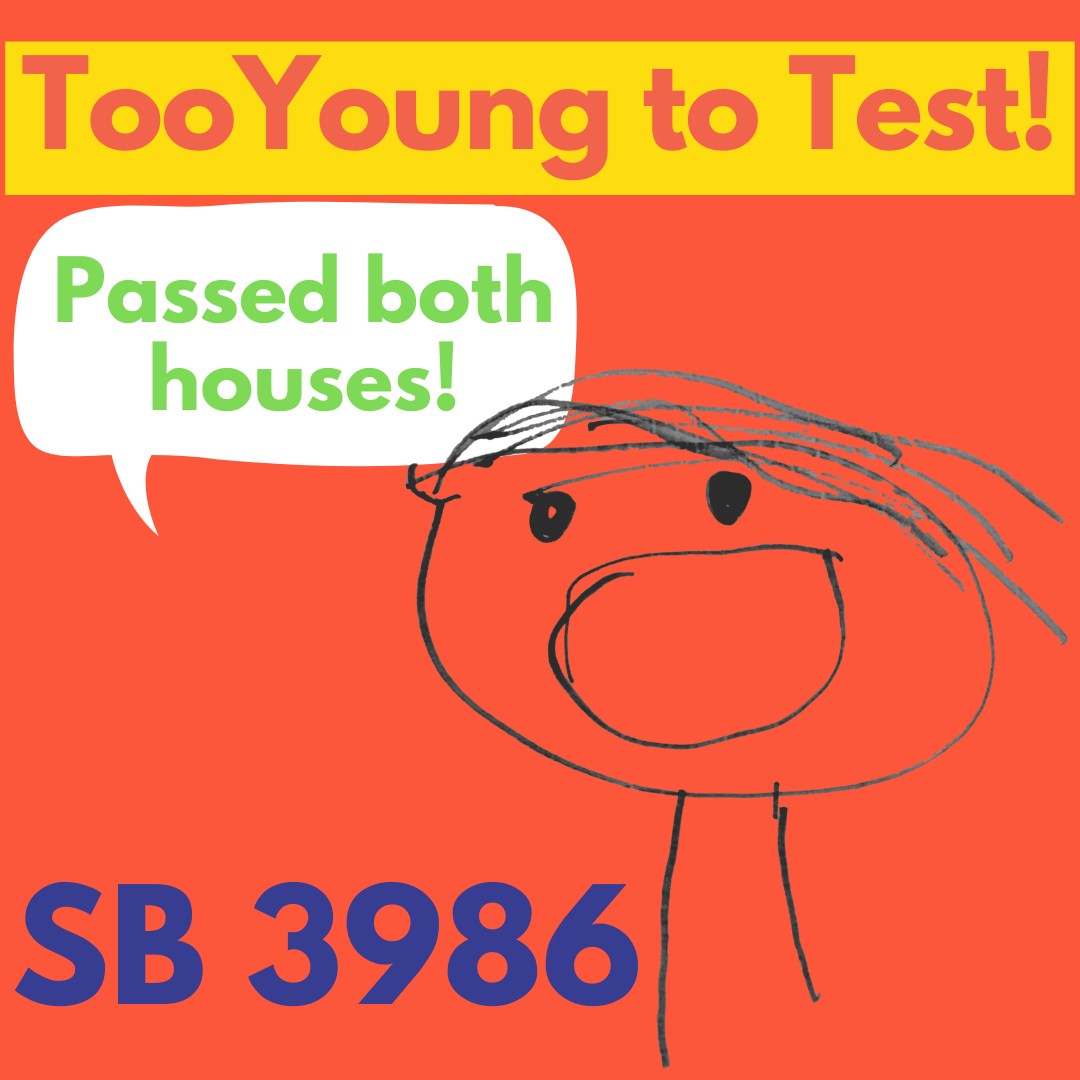 It may sound like common sense to prohibit state testing for young kids, but it hasn't been an easy route from introduction to passage for this bill! Pat yourself on the back if you've been making calls, sending emails, submitting witness slips this session--grassroots lobbying moves our elected officials!

We are super grateful for the hard work of our chief sponsors Senator Cristina Pacione-Zayas and Rep Lindsey LaPointe, fighting the good fight on this legislation alongside parents, teachers and public school supporters around the state.

And we also owe a big thank you to the coalition of orgs without whose support this bill wouldn't have gotten to the finish line in the General Assembly: Chicago Teachers Union, Defending the Early Years, Illinois Federation of Teachers, Illinois School Counselor Association, Learning Disabilities Association of IL, and the National Association of Social Workers - IL Chapter.

Early childhood is a time for play and exploration, not testing and test prep! The state should only be directing its (too scarce!) resources and giving its stamp of approval to authentic and meaningful ways of assessing what children under eight know and can do. This legislation will safeguard the early years for developmentally-appropriate educational practices.

There is still work to do this spring to ensure that Governor Pritzker signs this bill into law---and to keep pushing for the IL State Board of Ed to drop their proposal to expand 3-8th grade testing. We'll be sharing more action steps in the coming weeks!

Illinois has one of the most regressive state tax systems in the country because we have a constitutional ban on a graduated state income tax. Since we can’t raise income tax rates just on the people who can most afford to pay them, we instead have overall insufficient revenue to pay for the public goods that would make Illinois a well-functioning society for everyone.

Because a constitutional amendment to fix this isn’t in the cards, a coalition of orgs from around the state including IL-FPS are pushing to expand the Earned Income Credit for families, seniors, young people, immigrants and also create a state Child Tax Credit. A fact sheet on these proposals are here.

NPR Why America Has Been So Stingy In Fighting Child Poverty

Will these proposals make it into law by the end of session? It’s not yet clear! The Senate proposed a package of tax credits last Friday that the coalition felt didn’t go nearly far enough. The House seems to be pushing back, and Gov Pritzker affirmed some of that this morning.

Calls and emails on this can only help! Text “EICNOW” to 313131 to email your state rep and senator urging them to support these proposals. And also make a quick call to your senator and rep.

What to Say: “I'm a constituent and I'm calling to urge the {rep, senator} to create a child tax credit and expand the earned income credit for the coming year's budget! IL families need a fairer tax system." 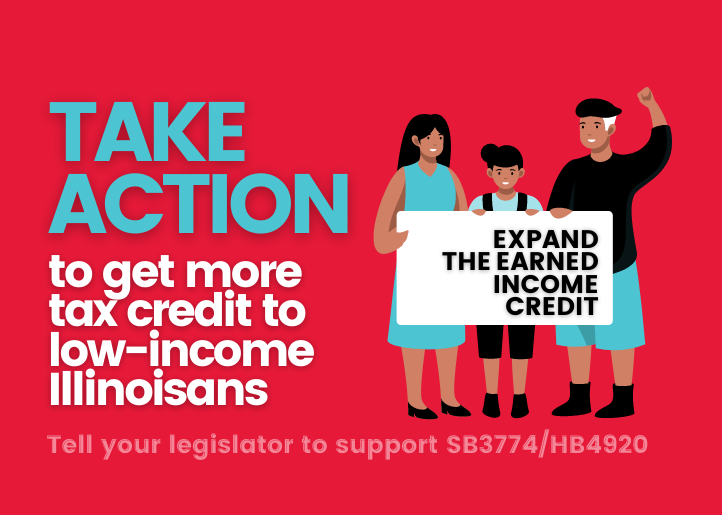