Despite the fact that the federal government does not require standardized math and reading tests for students in grades K-2, the IL State Board of Ed is considering a proposal that would expand the state testing system to include those grades. They will be voting soon on this proposal, which would also increase 3-8th grade state math and reading testing to three times a year instead of once, in addition to paying for districts to give these tests to our youngest learners—when there’s absolutely no federal requirement to do so!

The last thing Illinois students in kindergarten through 2nd grade need—and the last thing our state should be spending precious education dollars on—is a standardized test given three times a year that has no research behind it to improve learning.

PLEASE SIGN OUR PETITION: K-2 IS TOO YOUNG TO TEST 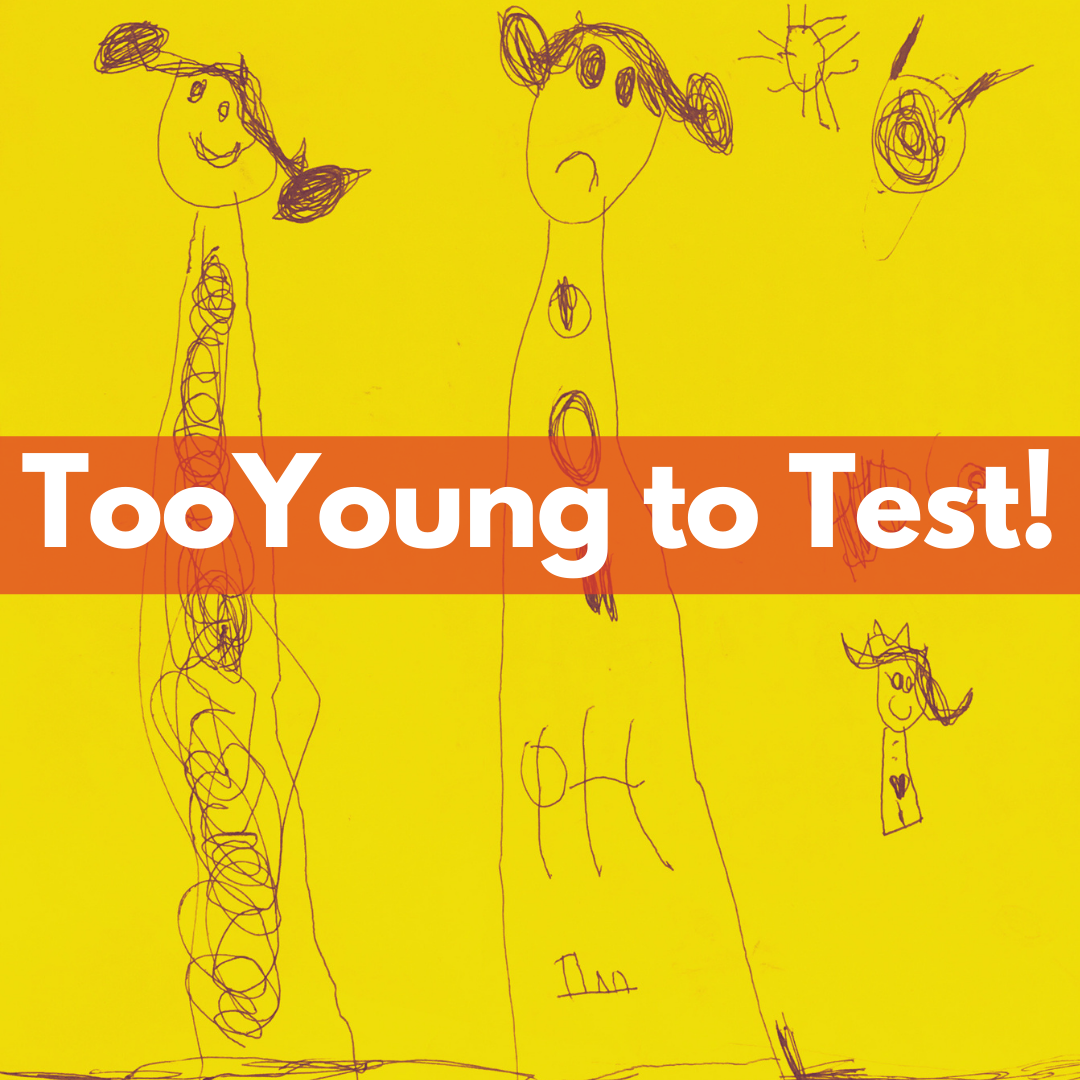 Thankfully, we are working with State Senator Cristina Pacione-Zayas and State Representative Lindsey LaPointe to introduce a bill in the IL General Assembly that would prohibit state testing for students in PK-2nd grade. Note, this bill would not affect assessments that are currently given to students in these grades including the KIDS observational tool, assessments for English language learners and screenings for disabilities, or any locally selected assessments. These are different than state standardized tests tied into a high-stakes accountability framework that has persistently created a negative culture of test prep and developmentally inappropriate curriculum in schools. Stay tuned for updates on this bill.

If you are interested in the issue of standardized testing and assessment, save the date for this virtual conference that a coalition of orgs are planning for Sat. Feb 12th: Advancing Equity Through Deep Learning and Meaningful Assessment.

Naviance and other ed tech profiting from IL students' data

We sent a letter today from IL-FPS and the national Parent Coalition for Student Privacy to US Senator Dick Durbin about two important articles about educational software companies published in the tech watchdog The Markup last week:

The letter urges Senator Durbin to take action to ensure that existing federal and state privacy laws are being followed by these companies and to support stronger federal legislation on student privacy. You can read our letter here.

IL-FPS director Cassie Creswell was quoted in The Markup's second piece, which details how Powerschool uses its college planning software product Naviance to profit from the massive amounts of student data it collects by allowing colleges to use this data for targeted advertising to students in the midst of the college planning process, often in discriminatory ways.

This practice has been illegal under the IL Student Online Personal Protection Act (SOPPA) since 2017—even before the amendments to strengthen the law that we helped pass in 2019.

In fact, we helped defeat a bill specifically designed to create a loophole in SOPPA to allow student data to be used in targeted ads in ed tech products like Naviance back in April 2018. (You can read the opponent testimony we submitted here.) It is deeply concerning that this unlawful exploitation of student data is taking place anyway.

Furthermore, the difficulties that the Markup had in obtaining information on what data is being shared, described in a second piece, are also indicative of issues with SOPPA compliance.

“Illinois, for example, has a state law that requires school districts to post specific information about the ed tech vendors they use, including all written agreements with vendors and lists of the data elements shared with those vendors.

Despite that, districts like Chicago Public Schools have yet to post any of the required material pertaining to PowerSchool and Naviance. CPS has, however, posted data use disclosures for other vendors. Across Illinois, 5,800 schools use PowerSchool software, according to the company.“

Only Elgin U-46 actually provided The Markup with the data element information for Powerschool. The Powerschool database for U-46 contains almost 7,000 data fields on Elgin students and staff.

We also sent a letter this week to the Chicago Board of Education and CPS CEO signed by a coalition of orgs representing parents, teachers and students, all concerned about CPS’s implementation of their SOPPA policy. Even though CPS isn’t in compliance with SOPPA on a variety of ed tech products in use, including Naviance, they are at the same time restricting teachers and students from using software that districts in the rest of the state have managed to sign SOPPA-compliant contracts for. We think the district can do better, and the letter makes specific recommendations to do so. As the letter stated: "Providing access to technology and protecting student data are not inherently in opposition, and we firmly believe that school districts can do both well."

Next Thursday: Confronting the Rise of School Board Disruption

Confronting the Rise of School Board Disruptions

Throughout the country and in Illinois, we have seen the rise of well-funded disinformation campaigns targeting school boards and educators.

Our virtual event will discuss: Who’s behind the disinformation campaign around masks/vaccines mandates, an erosion of LGTBQ+ rights and the way race is being taught in our schools? How can we band together to support our school boards and staff who are being threatened and to protect public education? 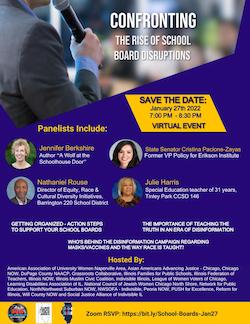 Hear from an excellent panel and connect with others around Illinois who are organizing in their communities to stand up for inclusion, safety, and teaching a full and accurate history in our schools that protects all students!

Register now for this event and share with your contacts who care about public education!

Event will be simultaneously interpreted in Spanish; share from this link as well.

Hosted by IL Families for Public Schools, Indivisible IL and the Social Justice Alliance of Indivisible IL Alliance, and co-sponsored by the following orgs: