Too Young to Test bill keeps on moving; Covid mitigation now up to districts alone

Too Young to Test bill through committee!

The Too Young to Test bill kept moving forward this past week. It passed in committee in the IL House on Wednesday evening, with the hard work of chief sponsor Rep Lindsey LaPointe and heartfelt speeches from Representatives Sue Scherer and Cyril Nichols about the damage high-stakes testing has done to children.

With the Senate version passing in committee the previous week, both bills could have a floor vote in their respective chamber any day once ILGA returns to Springfield on Tuesday. 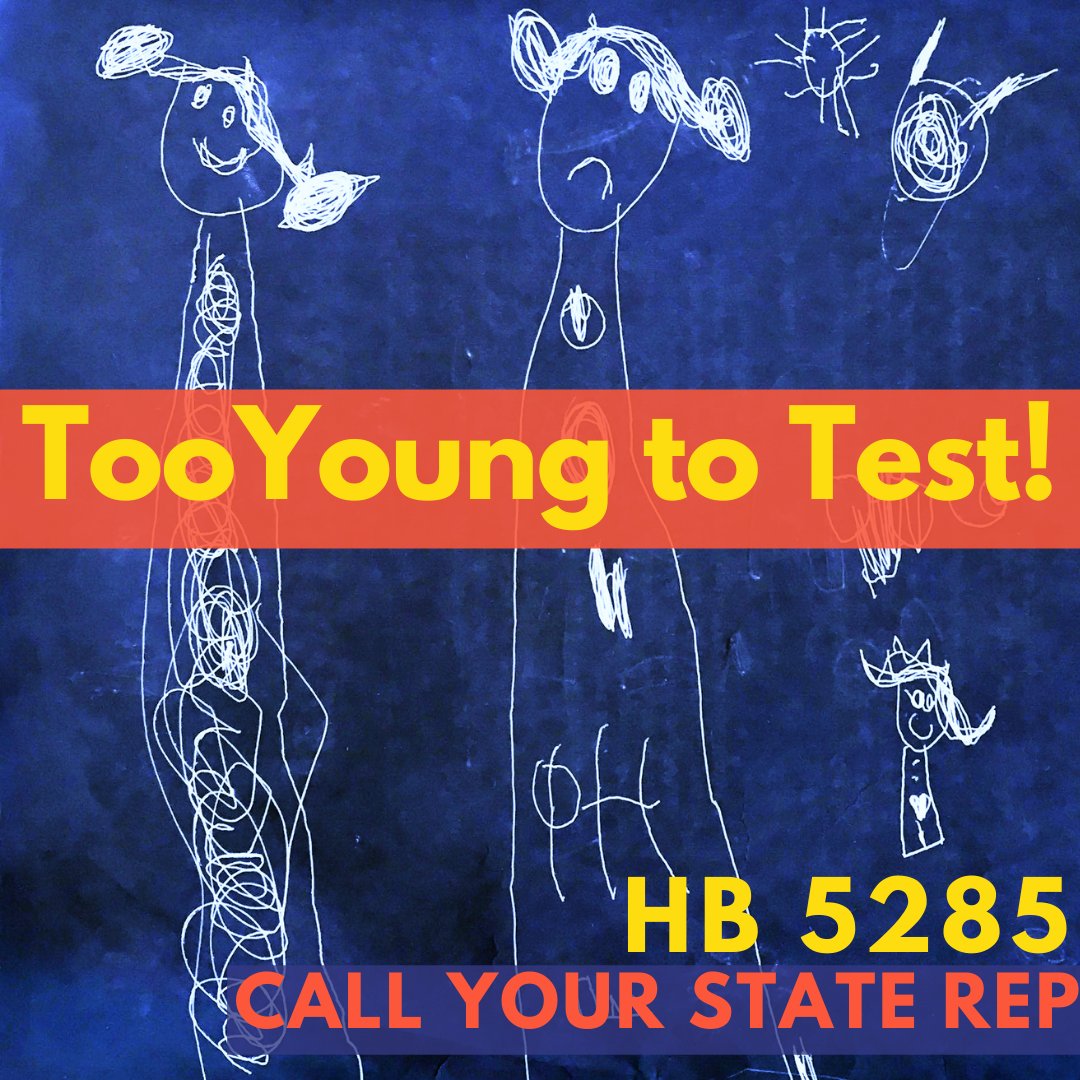 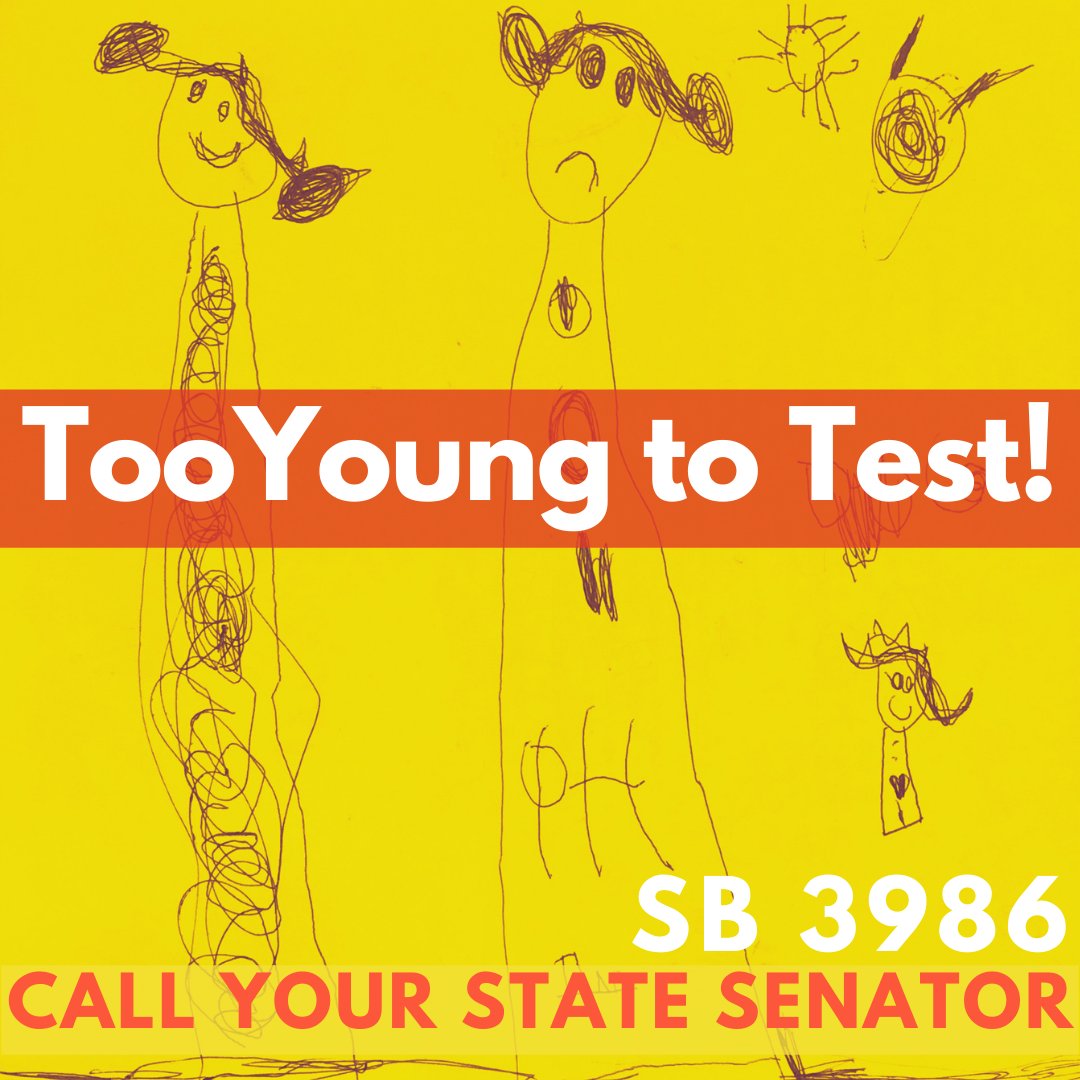 This is the time to make sure both your rep and your senator have heard from you about this legislation! There is opposition to this bill from both the IL State Board of Education and advocacy org Advance Illinois. ISBE doesn't want to be prevented from expanding the tests for the state accountability system into K-2. Advance IL would like to see the KIDS assessment tool adapted for 1st and 2nd grades; this legislation wouldn’t prevent that, but it would mean that the section of the IL School Code that requires KIDS would need to be amended to apply to more than just kindergarten. We think that's a reasonable expectation for a new requirement for public schools to collect data on young kids.

Find both rep & senator phone numbers here. (Check to see if your legislator is already a sponsor and thank them if so: SB 3986 here and HB 5285 here.)

Suggested script: Hi, I'm a constituent and I'm calling to ask {Sen, Rep}. _____ to vote YES on the floor and sign on as a co-sponsor of {SB 3986, HB 5285}, the Too Young to Test bill. The last thing our public schools need right now in the early grades is more standardized testing. Our youngest learners need curriculum that emphasizes exploration, inquiry and play, not narrowly focused test prep!

No hearing for the bill to limit 3-8th grade testing

In less positive news, a bill to limit annual reading and math testing in 3rd to 8th grade to once a year, HB 5149, didn’t get heard at all this week. This bill is sponsored by Rep Jackie Haas, R-Kankakee, and would likely have easily passed with bipartisan support in the Executive Committee. We don’t know why it wasn’t heard, but presumably ISBE asked Democratic leadership in the House to block it because if it passed it would prevent them from increasing to three times per year testing for 3-8th grade.

The deadline for House bills to pass in Committee was Friday, so the future of this bill doesn’t look promising. But back in December, 37 legislators sent a letter to ISBE expressing serious reservations about ISBE’s problematic proposal to increase state testing; we’ll have actions for you in coming weeks to keep the pressure on both ILGA and ISBE to push back on the idea of increasing state testing. We’ll also be sharing opt out information for families as the spring testing season begins. If you haven't signed the Too Young to Test petition to ISBE yet, sign it here.

In the meantime, make sure you are signed up for the mailing list of Teach Not Test, a coalition that IL-FPS is a member that’s working for better, meaningful assessment in IL public schools, not just a tripling down on the status quo!

The State’s appeal of the Circuit Court ruling in the lawsuit on covid-mitigation measures in schools was denied late Thursday night. The Appellate Court opinion rested on the fact that on Tuesday a vote was held in the legislative branch, the General Assembly’s Joint Administrative Review Committee, which declined to renew an emergency rule requiring mitigation measures from the IL Department of Public Health that expired on Feb 13th. The appeals court said the ruling was moot because the rule no longer was in place. But the justification for the JCAR vote from the House Democrats who supported it, was that the appeals court had not ruled yet!

Capitol Fax In a nutshell: JCAR’s HDems punted and the appellate court used that as an excuse to punt back

The court did say that school districts could enforce their own requirements on masking, vaccination/testing for employees and quarantine for exposed individuals. The State is appealing the ruling to the Supreme Court.

So now the fight for public health measures in schools is back to a district-by-district basis. This is despite the fact that so far in 2022, the highest number of covid cases in Illinois have been in the 19-and-under age group, and no region in the state is back to the low levels it had in August 2021 when the mask mandate for schools was put into place.

So, we know we sound like a broken record here, but continued emails and calls to your school board and legislators are needed, as well as connecting with other like-minded people in your school community. Here are sample letters you can use to write to both board members and legislators.  And the resources we shared at last month's event for organizing with others in your district can be found on our page Countering Disinformation in School Communities.

Although the focus right now is on covid-mitigation measures, we know that's not the only issue school board members and administrators are receiving pushback on. The nationwide org Red Wine and Blue has a training on fighting book bans this week Thurs 2/24 at 6:30pmCT. Register for it here.  IL-FPS is planning a nuts-and-bolts of parent organizing training later in March, stay tuned!