As we’ve been sharing with you, school boards and school districts have been under serious attack by right-wing groups recently. So much so that the National Association of School Boards have asked the Biden Administration for help from federal law enforcement. School boards here in Illinois have faced confrontations over mask requirements, vaccines and how to teach about race.

The letter from the NASB to Biden mentions that in September in Mendon, IL a man was arrested for aggravated battery and disorderly conduct, which according to the Associated Press was for allegedly striking a school official at a school board meeting.

We were alerted a few weeks ago that school librarians around Illinois have been inundated with FOIA requests from a company called LocalLabs. The FOIA requests ask for any materials they have that are included in the 1619 Project. As you likely know, the 1619 Project was published as a supplement to The New York Times starting in August 2019 to acknowledge the 400th anniversary of the beginning of American slavery, and to reframe our country’s history by centering the consequences of slavery and the contributions of Black Americans in our national narrative. In response to this and other movement work, there has been major backlash around the country, with conservative groups falsely claiming that K-12 schools are teaching “critical race theory,” which is an academic concept that’s been taught in law schools for forty years.

In essence, this boils down to a concerted effort to not acknowledge the importance of historical and current issues regarding racial oppression and justice.

And Diane Ravitch included it in a blog post last week, listing the dozens of essays and books that the FOIA company, LocalLabs, is asking librarians about in their schools.

Well, we did some digging because we too were wondering who is behind these requests, and we found that the CEO of LocalLabs is Brian Timpone, who also owns hundreds of media sites that practice something called “pink slime journalism” which are low-cost automated (and often politically motivated) story generators.

Brian Timpone owns many of these sites with conservative talk show host and fellow pink slime journalist, Dan Proft. It’s unclear which of the many media sites Timpone owns is behind the LocalLabs FOIA requests, but it’s likely not a coincidence that Timpone owns both the FOIA company and the media sites.

You can read more about it here:

We really hope that school district administrators and school boards publicize these threatening requests by politically motivated groups that will likely be used to rile up parents at even more school board meetings where disinformation is leading to anti-mask, anti-vaccine and anti-CRT hysteria. We at Illinois Families for Public Schools see these well-financed attacks are meant to create chaos and erode support for public schools. We’ll keep you posted!

Join us 10/20 for a Webinar on Two New Laws on Play and Privacy!

Two major changes in the IL School Code went into effect this summer: the Right to Play recess law and a major amendment to the Student Online Personal Protection Act. IL Families for Public Schools was instrumental in drafting and passing these two pieces of legislation. 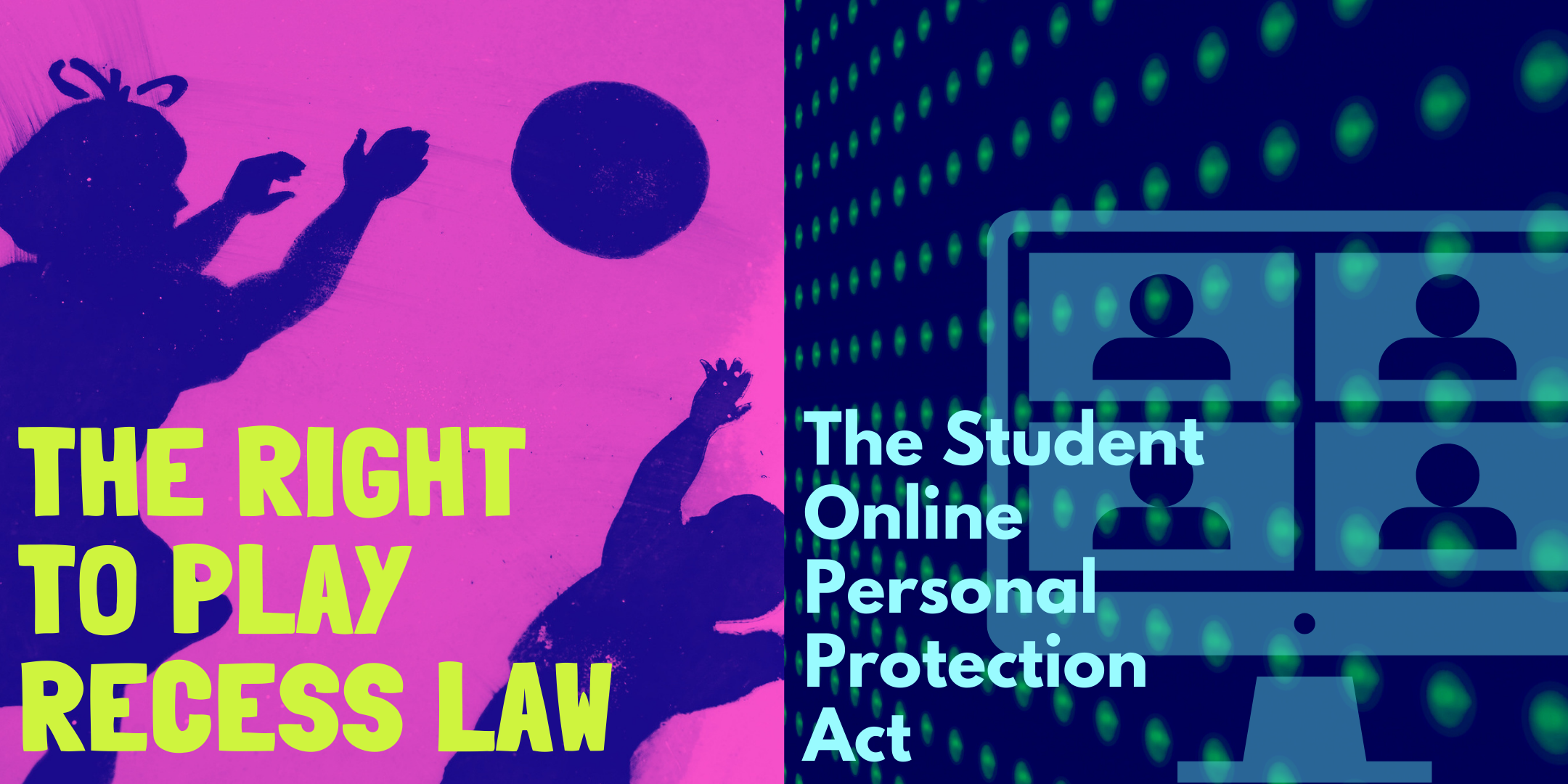 What do these two new laws mean for students, families and public schools? Join IL Families for Public Schools for a webinar on October 20th to learn what you need to know and have a chance to get your questions answered.

Please RSVP here, and we’ll send you login information the day before the event.

Pitch in to keep us up and running!

Become a monthly donor or make a one-time donation so we can keep helping pro-public school parents organize around the state, continue to pass legislation, and be your go-to group for understanding what’s happening on statewide education issues.

Now more than ever, a strong pro-public-school parent voice is needed in Springfield and around our state!

Public schools are a public good, and it takes all of us to pitch in and defend them! 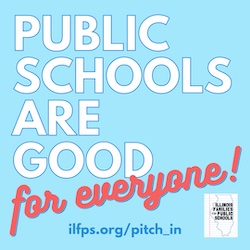