It’s nine school days into a Chicago teacher and staff strike, the second day of fall veto session in Springfield, and a great time to call your state senator and ask why Chicago families are still waiting for an elected, representative school board. (Find your state senator’s phone number here!)

A bill to establish an elected board for Chicago, HB2267, passed the IL House on April 4th — the third time an elected school board bill has passed the House in recent years.

But, despite campaign rhetoric that an elected board was her “top priority” for improving public ed, newly-elected Mayor Lighfoot asked Senate President John Cullerton to put a brick on the bill.

Fast forward six months, and that bill is still stalled in the Senate! And just like in 2012, Chicago families and teachers are once again in the midst of a lengthy strike brought on by a newly elected mayor who’s not so interested in democracy if it means giving up power over CPS' pursestrings.

“Maybe teacher strikes would be less acrimonious — and less commonplace — if Chicago had an elected school board, like 90 percent of the districts in this country. [...]

Out in the suburbs, where schools are run by elected bodies made up of district parents, the schools boards function as separate governments. They decide how much residents pay in school property taxes.

In Chicago, property tax hikes get blamed on the mayor, who has a much different political calculation to make than a suburban Board of Ed trustee. Losing an unpaid school board seat because you raised your neighbors’ taxes is no big deal. Losing the mayoralty of Chicago could end a politician’s career.”

Chicagoans were sold a mayor-appointed school board in 1995 under the claim that it would improve CPS’ finances and make the frequent strikes of the previous decades a thing of the past. It’s done neither, and instead wrought considerable damage.

Currently, negotiations between the teachers union and the Mayor's office are reported to be stuck over less than $100 million dollars---roughly the amount that the Mayor proposed to transfer back to CPS last week for police and pension costs. You can read our analysis here of questionable spending areas by CPS, including non-mandated standardized testing and clout contracts, that could cover that gap.

Call your State Senator and ask them to pass an elected representative school board bill ASAP with or without the Mayor of Chicago’s blessing.

All Illinois families are best served by school systems run with transparent, ethical governance that they can actively participate in. And our school boards are best held accountable through free, fair, democratic elections.

P.S. Up for an additional conversation with your state rep and senator? Read about HB256 and SB453, two other bills that might be called in veto session here. 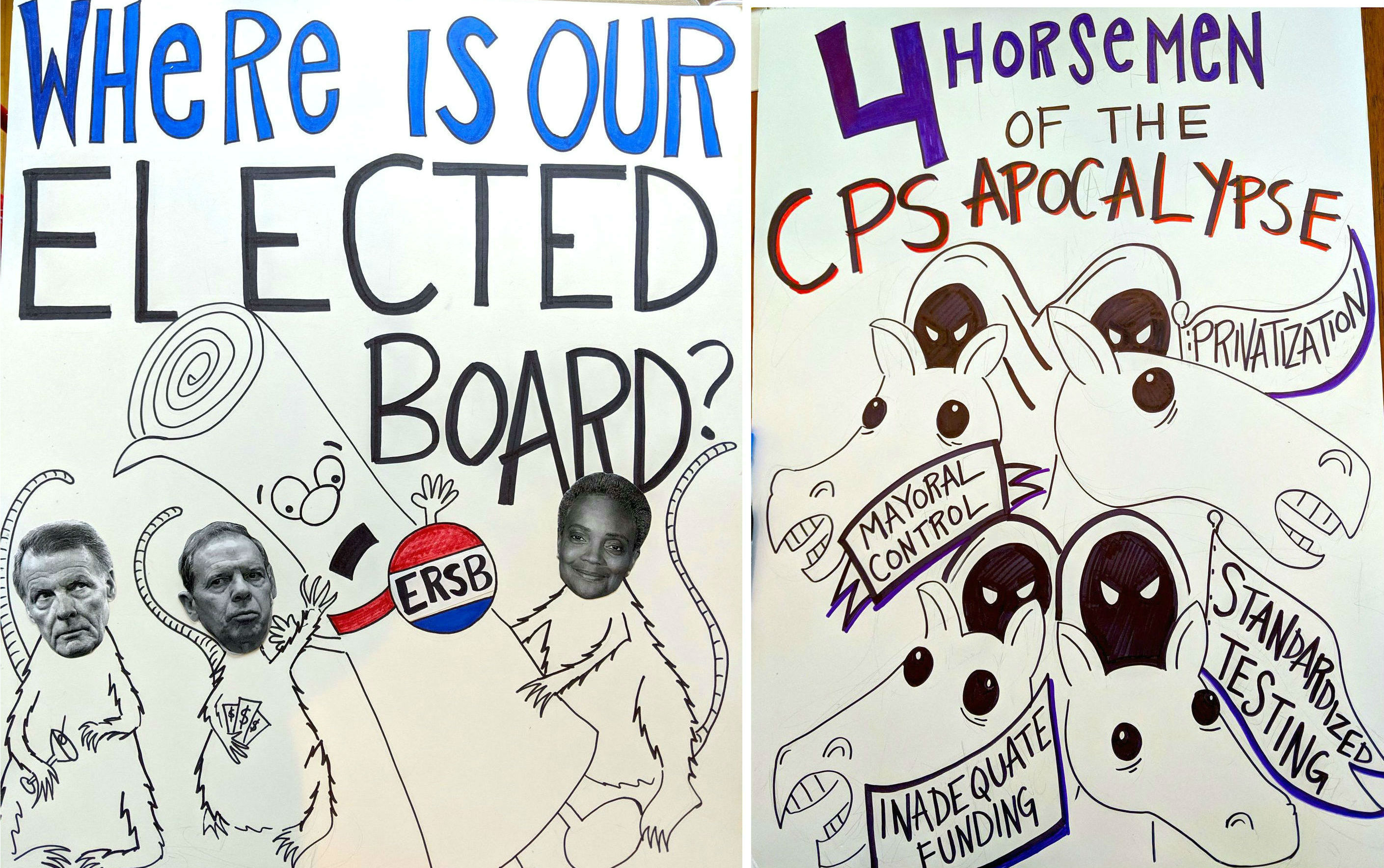