As we’ve shared, the Illinois State Board of Education (ISBE) has been talking about adding an additional state test for months, which would increase state testing to 3x a year and add an optional—but state-funded—component to test students in K-2 even though the feds don’t mandate state testing for students under 3rd grade. We’ve been part of a coalition working with teachers, assessment experts and other orgs to push back against this, as the type of interim test ISBE wants to use has been shown to have harmful effects on teaching and learning, and is not supposed to be used as high-stakes.

Thanks to Representative Sue Scherer, there will be a subject matter hearing on state testing this Tuesday, November 16th at 3pm. This will be held both live in Springfield and with a virtual component. If you’d like to tune in to this hearing, go to Virtual Room 2 via this link. (On the day of the hearing, it will be listed on that page.)

Note: ISBE still hasn’t held any stakeholder meetings to get input about this new proposed testing system. They were supposed to do this by November, but none have been scheduled. We need to make sure they don’t push through this proposal without truly incorporating stakeholder input. Also, note, CPS recently dropped the interim benchmark test they were using, the NWEA MAP, and are no longer using it to rate schools, teachers and principals, for grade promotion, or for selective admissions to schools.

Here's some resources on this issue to read and share:

2021 State Testing Update: What you need to Know

Interim tests: What you need to know

Map to Nowhere Talk by UIC researcher Paul Zavitkovsky: “Data from Chicago make the most widely used assessment system in the country look like the poster child for a new pedagogy of poverty” (Note that this file downloads as a Powerpoint, but each slide has a short embedded audio/video.)

It’s not just a Texas issue. We’ve been getting reports that parent groups around IL have been pushing to ban books with LGBTQ+ themes, asking other parents to do FOIAs to see if certain books are in school libraries. Here's two examples shared with us recently: 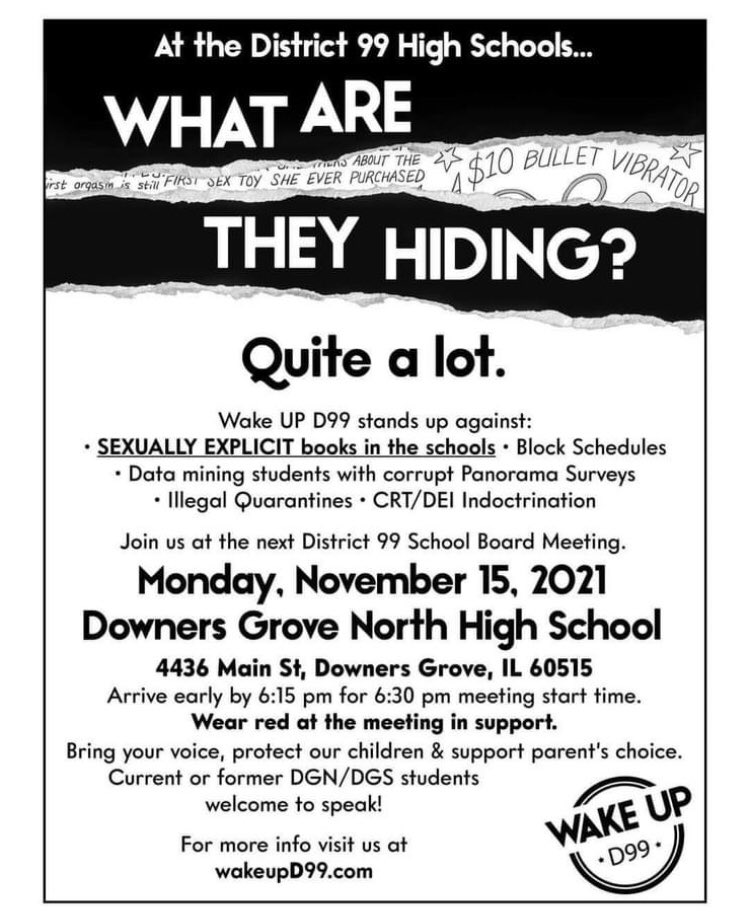 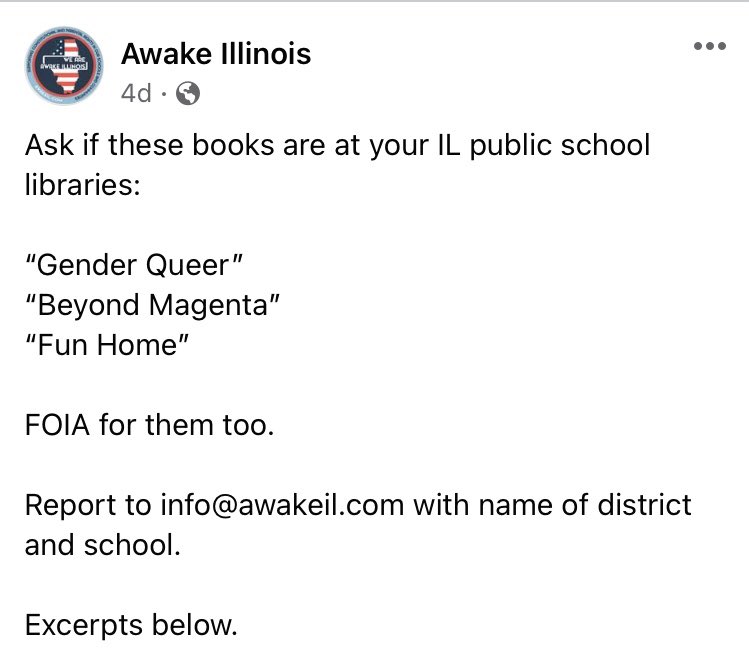 We hope you will push back against this if you see this happening in your district. These kinds of efforts are undemocratic, discriminatory, and seek to stifle certain voices and erase people’s humanity. Whether it’s banning discussions of racial equity or books sharing a non-binary/transgender perspective, the message is clear that these groups want one homogenous worldview shared in schools, which is not what public schools are all about.

We hate to have to share it, but this is a good toolkit regarding book banning:

How To Fight Book Bans and Challenges: An Anti-Censorship Tool Kit