HB256 would stop the IL State Board of Ed (ISBE) from requiring student teachers to videotape themselves and their students in order to get a teaching certificate in Illinois.

Can you call and ask your state senator vote yes on HB256? 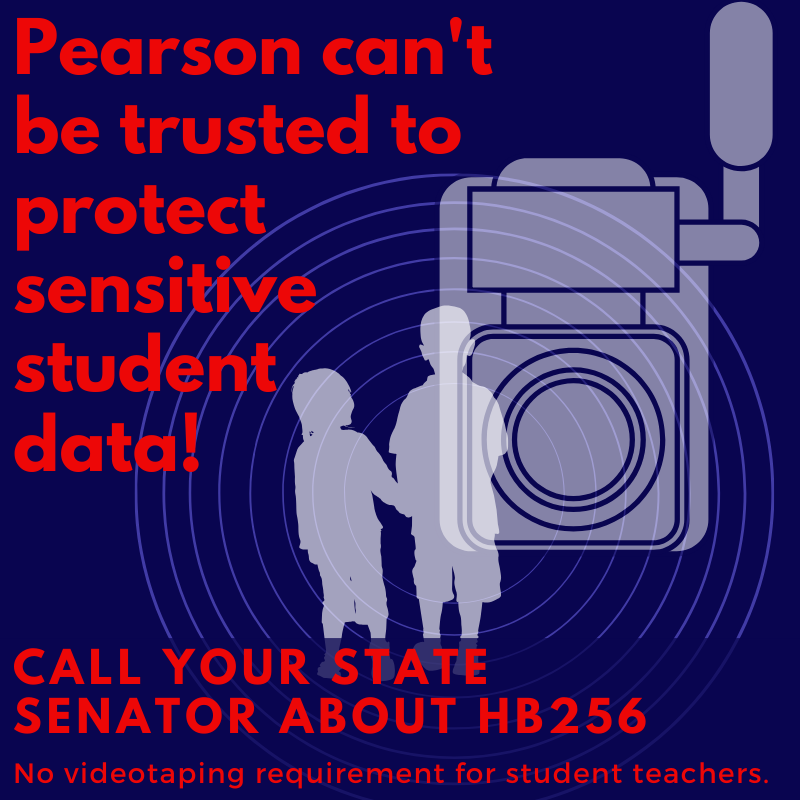 Right now, ISBE requires videotaping as part of a high-stakes standardized assessment, the edTPA, that's sold by Pearson--the world's largest education company. In the summer of 2019 Pearson announced a massive data breach, where millions of students across the country (including at least 80,000 here in IL) had their data taken in a hack of Pearson's servers. A class action lawsuit was filed against them for their role in this breach.

HB256 would ban any requirement for videotaping for licensure. So, rather than filming hours of video to edit and upload to Pearson's servers, student teachers would instead need to be assessed by a professional teacher educator in person. This is how student teachers used to be evaluated---until 2015 when ISBE began requiring the edTPA.

HB256 passed the House with bipartisan support this spring, but supporters of high-stakes standardized tests, including ISBE, want to stop it in the Senate. Your call will be very helpful to keep this bill moving!