IL-FPS joined with Equality IL and many other orgs to expose anti-equity, anti-equality, anti-family groups' agenda

On Saturday, we had the pleasure of partnering with Equality Illinois and fourteen other state and local organizations for a press conference to get the word out on how the astroturf groups Awake Illinois and Moms for Liberty are spreading a very dangerous anti-equality, anti-family, anti-equity agenda to communities around Illinois under the guise of “concerned parents” who just want a say in their child’s education. 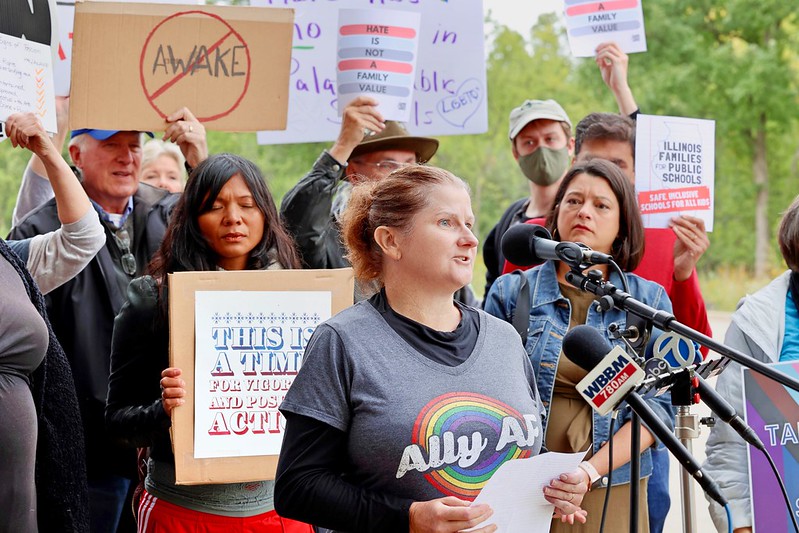 The goal of the press conference was to raise the alert that Awake Illinois and Moms for Liberty are now training parents to run for local school boards. We held it outside one of these trainings in DesPlaines to expose their funders, their hateful agenda, and show that there are a number of allied orgs who plan to fight back and keep their schools safe from bigotry—whether they plan to run for school board as parents or community members, vote, or share information with everyone they know in Illinois about how important these elections are.

Statements from ADL Midwest and Lurie Children's Hospital of Chicago were read, and parents from four suburban school districts spoke, along with the Deputy Director of Equality Illinois, Mony Ruiz-Velasco. Unfortunately, one important speaker could not be there, Asafonie Obed, who is a Black parent of four in Naperville, who was told to “start a charter school” by then school-board candidate, Shannon Adcock, who is now the leader of Awake IL and Moms for Liberty.

You can watch a video of Asafonie Obed’s story in her own words here.  And the recorded press conference livestream is available here. Here’s some media coverage: 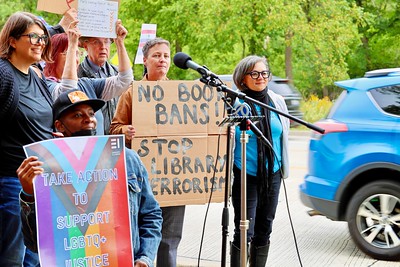 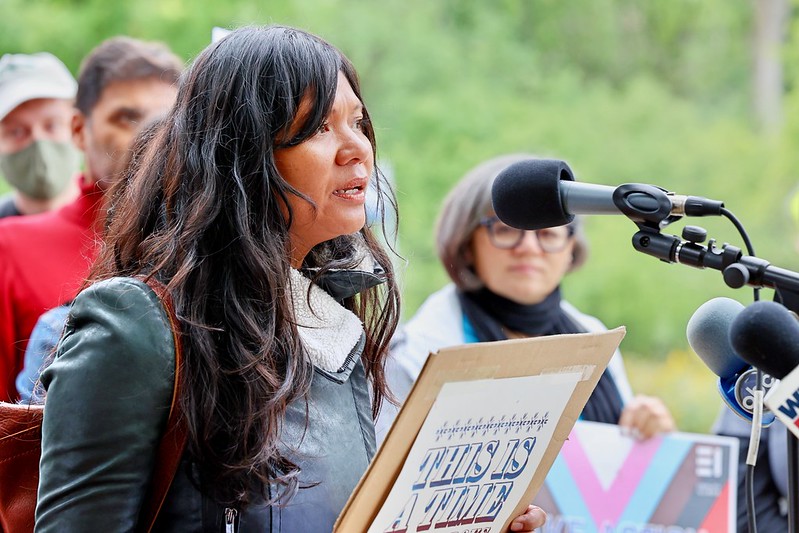 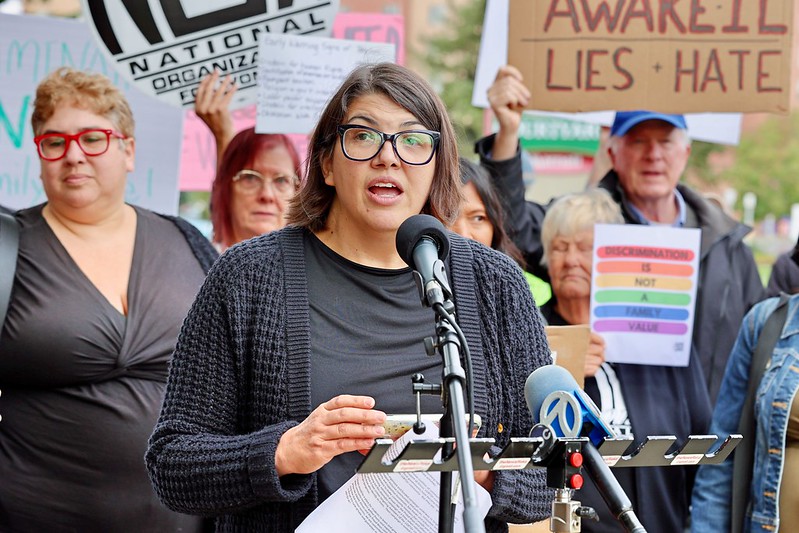 There’s been lots of reporting nationally on Moms for Liberty over the last year, including articles on their conference in Florida this past July (Mother Jones, Salon.)

The Tampa Bay Times had a good short piece about their dark money funding. For a more in-depth look on who's funding them, check out this True North Research report: The Disinformation Playbook Targeting Our Public Schools and Elections (True North is a research group run by Lisa Graves, former ED of the Center for Media Democracy.) And Media Matters had a very detailed expose last fall on their connections to other orgs, supporters and individuals.