Chicago is one of the nation's most fiscally-disadvantaged large urban school districts. And Illinois has been 50th out of 50 in percentage of funding that comes from the state, as opposed to local and federal sources. In short, Illinois inadequately funds public education. 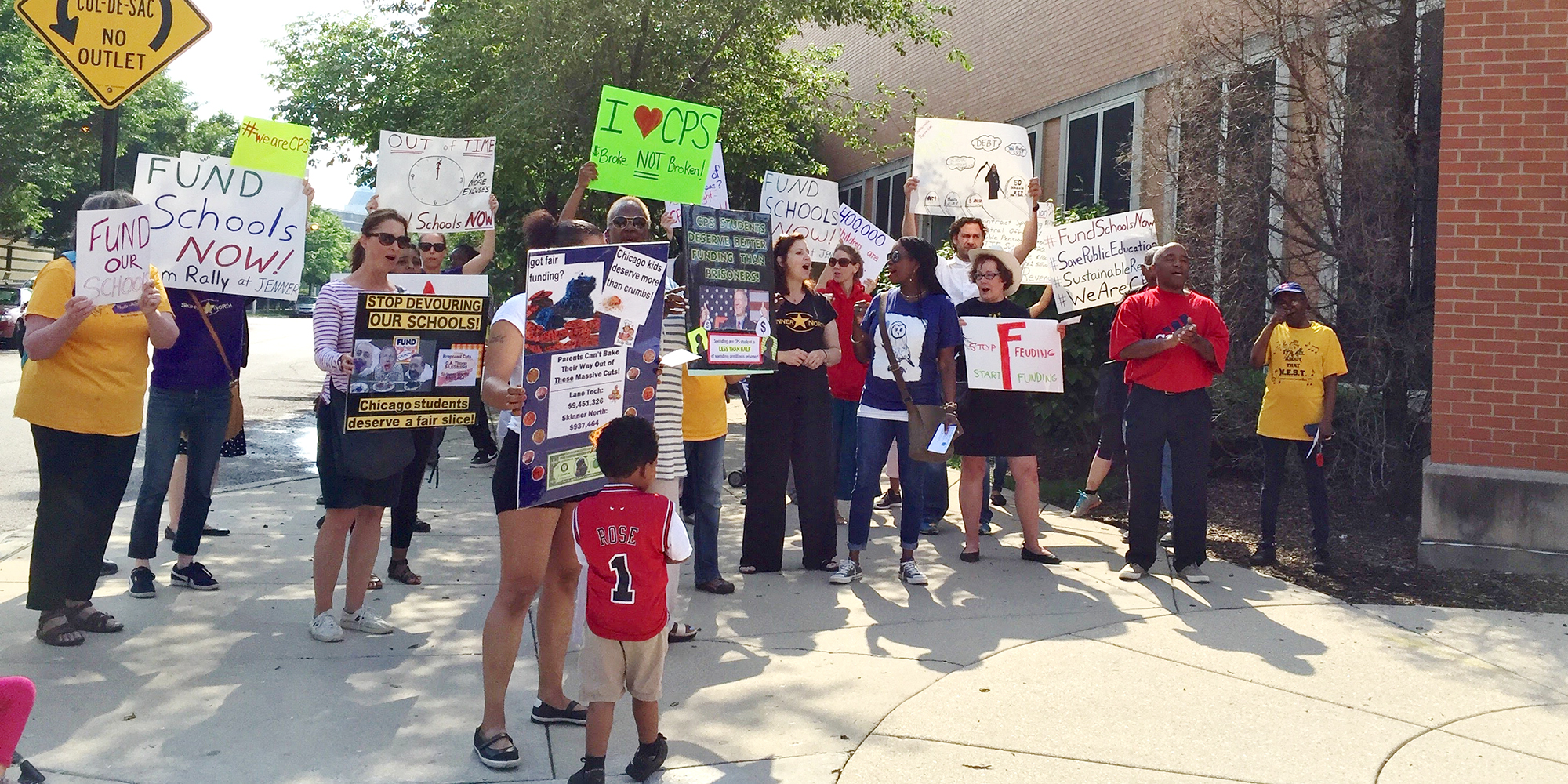 Because local school funding comes primarily from property tax levies, districts with lower property wealth are less able to raise revenue than wealthier ones. This has resulted in wide disparities per student education spending. In short, the state also inequitably funds public education.

In August 2018, the General Assembly finally passed a school funding bill that is intended to address the broken funding formula in Illinois and provide pension relief for Chicago. The state was long overdue in meeting their obligation to fund Chicago pensions, and so this was a good step.

But school funding in Illinois is likely to remain inadequate for years to come. In order to get to an adequate funding level for the state’s schools, Illinois will need to come up with at least $6 billion over the next 10 years. The bill that passed relies on this money to fulfill the purported long-term goal of adequacy, but it doesn’t mandate it, so public school supporters will need to keep pushing for adequacy targets to be met.

Unfortunately, as part of passing the school funding bill, the legislature agreed to what amounts to a $75 million voucher scheme that allows wealthy taxpayers, including businesses, to take up to $1 million each in tax credits for donations that fund scholarships for private and parochial schools. The magnitude of the tax credit further erodes the separation of church and state in Illinois by diverting so much tax revenue to parochial schools. In Chicago, this de facto state subsidy to parochial schools, which have the space to enroll thousands of students, will mean declining enrollments at many CPS schools, giving CPS reasons to close even more schools.

There’s a lot of debate over whether this is a voucher program or not. It’s similar in that a student uses money diverted from tax funds to go to a private or religious school. The main difference is that the government doesn’t cut the check directly to a family but a middle organization or scholarship fund cuts the check directly to the school.

Either way, it’s tax money diverted from the public good to private schools.  It means $375 million less in the General Revenue Fund over the next five years in a state that's already more than $6 billion behind in adequately funding public education.

Currently, there's a bill under consideration in the IL Senate, SB2236 (Chief Sponsor Jennifer Bertino-Tarrant), which says that no money can be distributed for the new voucher (aka "tax credit scholarship") program unless the state meets the funding levels for public schools required by the recent school funding reform bill.

Call your state senator and ask them to commit to voting YES on SB2236. You can find your senator's contact info here.