Governor Rauner says that SB1, the new school funding formula bill, gives too much money to CPS because it would pay for part of CPS pensions.  But now CPS is the only district in the state which pays for its pensions itself. The state directly pays the employer pension cost for every other district in Illinois. 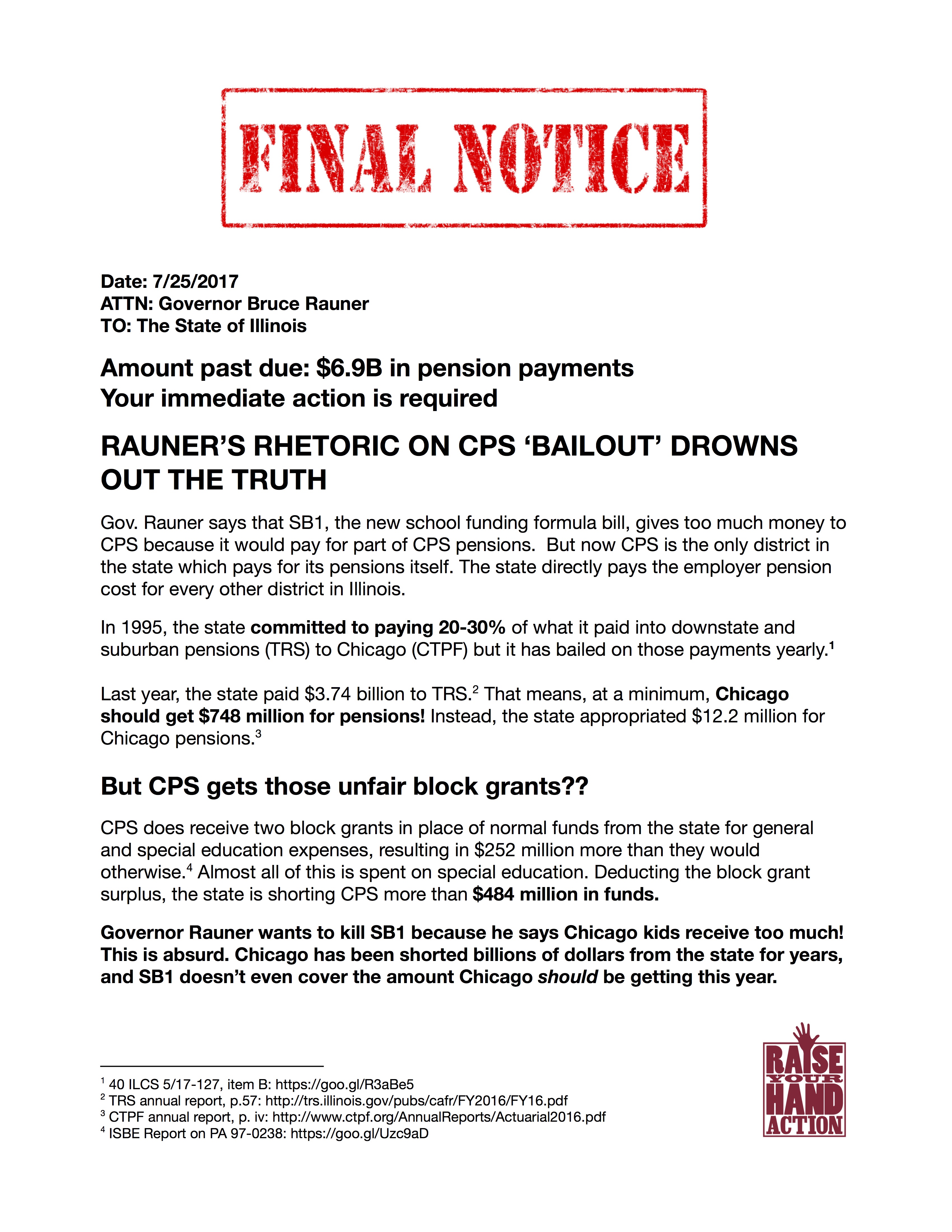 In 1995, the state committed to paying 20-30% of what it paid into downstate and suburban pensions (TRS) to Chicago (CTPF) but it has bailed on those payments yearly.1

Last year, the state paid $3.74 billion to TRS.2 That means, at a minimum, Chicago should get $748 million for pensions! Instead, the state appropriated $12.2 million for Chicago pensions.3

But CPS gets those unfair block grants??

Governor Rauner wants to kill SB1 because he says Chicago kids receive too much! This is absurd. Chicago has been shorted billions of dollars from the state for years, and SB1 doesn’t even cover the amount Chicago should be getting this year.