A Fully Elected Representative School Board for Chicago

Since at least 2006 Chicagoans have been organizing to push for a fully-elected, representative school board instead of a Board of Education appointed by the mayor. Community organizations have had two non-binding referenda on the ballot in Chicago, 2012 and 2015 that showed overwhelming support for an elected board. A large coalition of organizations formed in 2012 under the name Communities Organized for Democracy in Education. That work has continued as the Grassroots Education Movement coalition, GEM, a coalition that IL Families for Public Schools belongs to.

The current mayor of Chicago, Lori Lightfoot said on the campaign trail before she was elected in spring of 2019 that she supported a fully elected school board. The Senate President Don Harmon said before he became Senate President and since that he supports a fully elected board. The Governor has said he will sign a bill that makes it to his desk.

What will it take for Chicago to finally get democratic governance of our school system like the rest of Illinois has? Sign up below to get action alerts on the elected school board bill to help us get this bill passed by the end of May!

Why is this important?

Why the current model of mayoral control established in 1995 isn’t working: 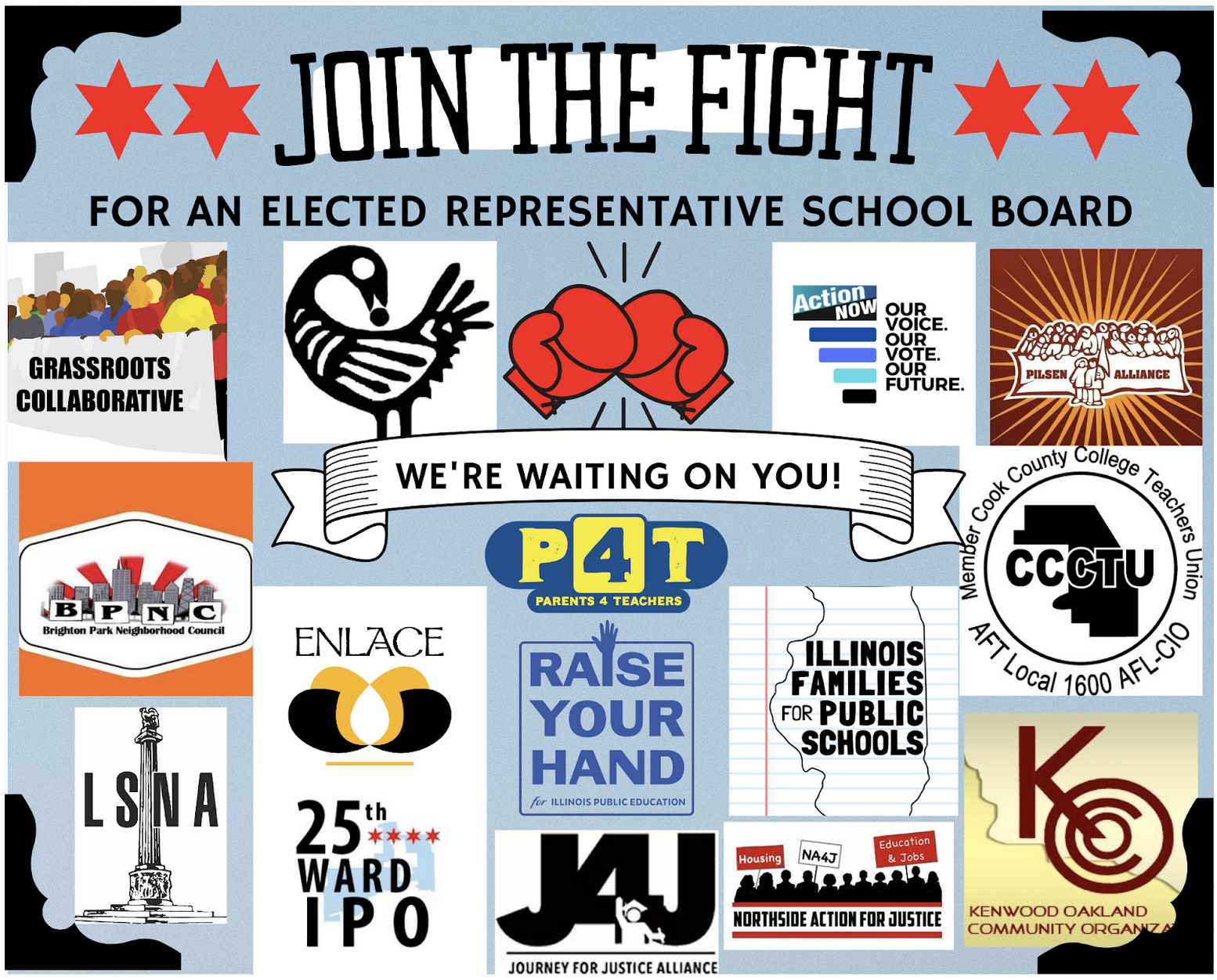