The Senate version of Too Young to Test, SB 3986, is making its way through the House. Last Wednesday it passed 5-3 in a House Education Committee. It now goes to the House floor. If it passes there, the next stop is Gov. Pritzker's desk.

The companion House bill HB5285 passed on the House floor earlier this month, 79-26, but ISBE, with the support of the Governor’s office and Advance IL, has stepped up their opposition to this legislation because they want the option to add state-funded K-2 tests to the state test-based accountability system. 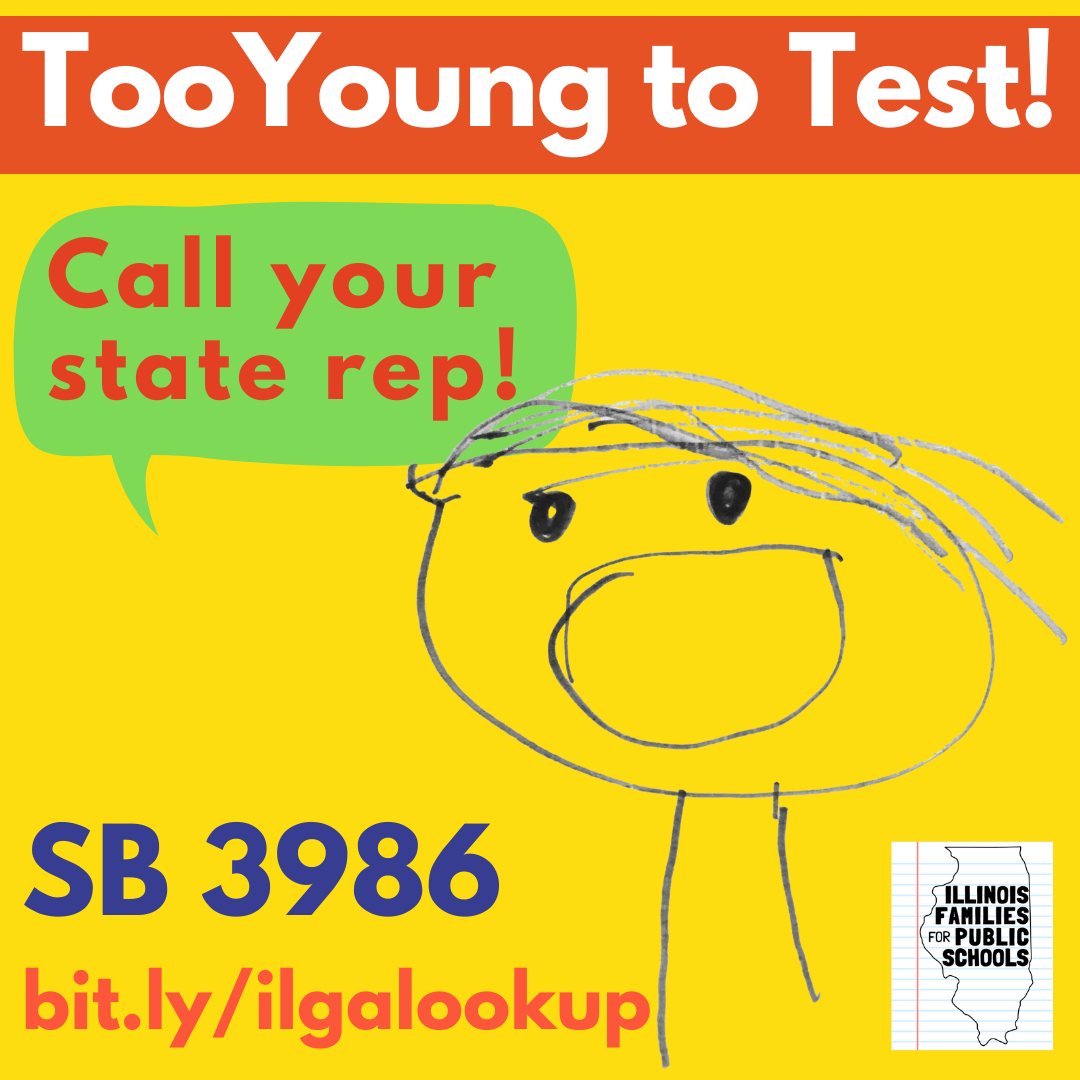 ISBE claims that because these tests would be optional and wouldn’t be high-stakes themselves that this would be a valuable component of assessing young children in IL public schools.

We disagree. And so do hundreds of others, parents, teachers and public school supporters around the state. This past Wednesday, IL-FPS assistant director Samay Gheewala delivered the Too Young to Test petition to the IL State Board of Ed's March meeting in Rockford with more than 1000 signatures from more than 150 different towns and cities across the state. Chalkbeat covered the House hearing on the Too Young to Test bill and the State Board meeting:

Standardized tests like the ones used in 3rd-8th for state tests aren’t a valid or reliable way to measure what younger children know and can do as research has long shown.

Whether or not ISBE’s problematic proposal to change the state testing system is approved in its current configuration, the idea of expanding state testing into early childhood should be off the table for good. To do that we need to pass the Too Young to Test bill!

✶ Take a minute today to call your state rep: Say you are a constituent and ask if you can count on a YES vote on SB 3986 on the House floor.

You can check here to see if they voted yes on HB 5285 to encourage them to do so again or urge them to change their vote! If they were a sponsor on HB5285, ask them to sign on to SB 3986 too: